BACK TO ALL ARTICLES 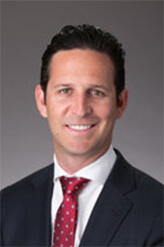 Jason R. Eisenberg joined the Eisenberg Company as a Broker/ Leasing Agent in 2004 and is a licensed real estate agent with the State of Arizona. Jason received his CCIM designation in 2013. His focus is on ground up development as well as infill and value add acquisitions throughout the Western United States. His most recent projects include:

Jason is a Phoenix native and graduated in 2004 from Tulane University with a B.S.M. in Legal Studies in Business. Jason is a member of the Phoenix Thunderbirds and ICSC.